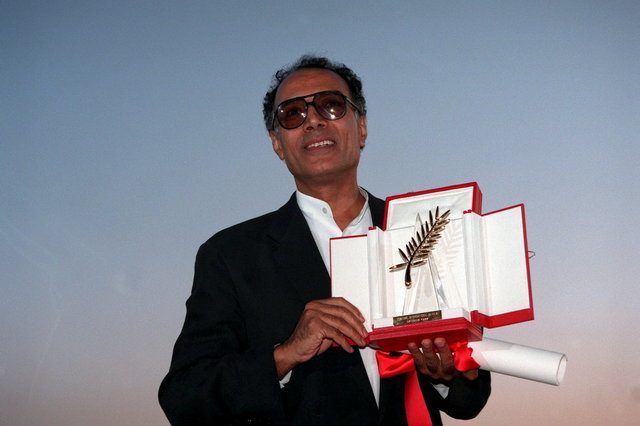 To talk about the third wave of Iranian directors it is necessary to review some specific turning points of Iran’s history of cinema that new wave of Iran’s cinema is one of them.

Before the Islamic revolution in 1979, a movement in Iran’s cinema has been shaped against the entertaining and collective cinema of that time called “Film Farsi” with the name of “New Wave”.

Film Farsi which has been described as “low-quality movies for audiences who were becoming addicted to such fare, losing any taste or demand for anything different.” Film Farsi is characterized by its mimicking of the popular cinema of Hollywood and India, and its common use of song and dance routines, against the realistic atmosphere of that ages. And its goal was just to get the box office and entertain almost everyone. It wasn’t paying attention to social issues of Iran at that time.

But new wave’s directors had deeper view about the art of cinema which is influenced by Iran’s contemporary literature. We can officially claim that this is the main characteristic of new wave.

Signs of new wave’s beginning started to increase in 1960s by a unique short documentary film “The house is black” in 1963 directed by “Forough Farrokhzad” who was a well-known poet. Other films such as Farrokh Ghaffari’s “The Night of the Hunchback” (1964), Ebrahim Golestan’s “Brick and Mirror” (1965) are all considered to be precursors as well.

A new wave that has brightened and revolutionized Iran’s Cinema, as a dynamic cultural and intellectual stream.

In days which were followed by Islamic revolution, Iran’s cinema faced with financial crisis. New wave got into darkness because of censorship and also its personal and abstract views of directors without caring about taste of audiences. And gradually the stream has stopped.

Some of these directors decided to leave Iran and it was a tough situation to direct a film and gradually the new wave directors got colorless in the society.

Some other experienced and popular directors of this generation couldn’t keep the pace of changes while audiences’ tastes were changing very fast through different ages. So they have faded in the cinema of Iran.

After the Islamic revolution because of the lack of filmmaking legal structure, Iran cinema wasn’t in a stable situation but after editing a firm of rules for film making in Iran’s post revolution society, elements like violence and sexual activities were eliminated from cinema. Surprisingly, after adding these limitations so many brand new productions were made and were admired by global cinema’s critics.

In that duration many great directors such as “Abbas Kiarostami”, “Amir Naderi”, “Mohsen Makhmalbaf”, “Majid Majidi”, “Jafar Panahi”,  “Bahman Ghobadi”, “ Aboulfazl Jalili” and … got into the cinema with very different desires and they have made fundamental changes in cinema by studying and hardworking and use of cinema’s elements in artistic ways.

“The Runner” directed by Amir Naderi (1984), “Taste of Cherry” directed by Abbas Kiarostami (1997), and “Children of Heaven” directed by Majid Majidi (1997) are counted as phenomenon productions of this wave. The tendency of Iranian directors to French New Wave Cinema and specifically Neorealism of Italy is so obvious. The other colorful characteristic of this cinema is it’s semi documentary and Naturalistic especially toward weak people in society. On the other hand  the second wave director’s movies, were full of poems and paintings , which are clearly visible in Kiarostami’s cinema.

Kiarostami was a gnostic and he had his own style. In his cinema there was no cliché. His world was so simple and minimal while it had its own complexity. He always had tried to express new definition of film’s concept in his works. In his idea cinema can not be learned or taught, while techniques are taught. Art can’t be learned in universities or anywhere.

Kiarostami had a bright and sharp mind and was shining in most fields of art. His different and deep view about life and recommending people to be in peace and friendship, was so precious for everyone in the world of cinema. To recent past all his works was supported warmly in all over the world.

By his side “Jafar Panahi” is also so dynamic, although his films have some taste of politics and it made some restriction for him in Iran such as being banned of travelling out of Iran, he is moving up in his way continuously.

These two are prime examples to express that in Iran’s cinema’s second wave, there are some directors who are still working very strongly while there are some others who couldn’t get back to their own golden situation, and after years of narrating, they can’t be as attractive as before, for their global fans, which is in fact a problematic issue.

In the second generation also many things have happened, that made this stream to become weak and colorless, like the immigration of some directors of this generation such as “Amir Naderi” and “Mohsen Makhmalbaf” or “Bahman Ghobadi”. We all agree on how challenging the immigration can be for a director, which causes several long term pauses or changes through their career.

Undoubtedly the third wave of Iranian cinema is shaped by “Asghar Farhadi”. The one who is extremely intelligent with a special and specific ideology. He is very sensitive and accurate to write his own scripts. Farhadi has a very unique personal ideology which is very visible in his writings and directings. He uses characters, that he knows, in his films to make them more believable and also he hide himself as the director as much as possible, for example he doesn’t  do cinematography with all lenses and his camera never gets Track in and out intentionally. He never changes focus to be able to decrease his distance with truth as much as possible.

I personally have gotten a good lesson from him which Cinema can be learned and directors should control themselves by discovering and intuitive attitude and also should believe in paradigms and Archetypal structures of it. This is the most effective characteristic of his cinema for our generation which helps us to build a channel between our artworks  and audiences, critics and film festivals and on the other side he helps us to keep close to our personal favorite language, tone and cinema.

The forth film of Farhadi, “About Elli” totally change Iran’s cinema’s stream and it was a prime success and “A Separation”  was the peak of his career which raised all thumbs up by critics and audiences all over the world.

At this time when Farhadi’s creative Cinema is getting universal, a generation of directors are growing up in Iran which should be considered as the Recent Generation of Iran’s cinema. They have learned fundamental basis of Cinema in different offices of “Iranian Young Cinema Society” in different cities and mostly have studied academically about cinema in universities. This generation luckily is able to reach a huge bank of credible references and resources which undoubtedly former generations had never had such an opportunity. From one hand, there are many applicable and useful books in the field of cinema that are translated very well into Farsi by some professional translators and interpreters  like “Mohammad Gozar Abadi”.

On the other hand, because of legal limitations in Iran, the most important Cinema works have no chance to be shown in Iranian cinemas and theaters, while there is no Copy-right in Iran, these movies are easily available for this generation to be downloaded , and Internet provides a great chance for this generation to update themselves, which former generations never had had this chance.

Although in these days there are many strict rules made by Ministry of Culture and Islamic Guidance to limit professional Cinema in Iran, all directors are able to rent cinematography’s equipment and start creating their films completely independently from obeying rules and start to distribute their works all over the world as an underground art piece. However it is too obvious that because they can not take the legal permission for their films from the related Ministry, they have no chance to release their films in Iran and compete in any Iranian film festivals.

This new generation is adding more Oxygen to the atmosphere of Iran’s cinema. This generation is getting into different genres, themes and languages and they have been successful to make their own places in Iran and international cinema’s market. As an example films of this generation were able to be very successful in Fajr film festival, which is the most important film festival in Iran, or in box offices. If you take a look at box office list of Iran’s cinema or Fajr festival winner’s list in last recent years, you see how this new generation came over their own past generations.

The biggest challenge of this generation is to find good producers and distributors to produce and distribute their films. In these days most amount of governmental producer’s money is invested in some governmental recommended and valued films or comedies or popcorn films and very rarely they invest in artistic and intellectual cinema and Iran’s government has no plan to pay special attention or support or fund this type of cinema to improve, at all.  But this generation is very determined and is moving up in their path and is trying to find enough money to make their films in any possible ways and never stop the progress.

Another issue is about decreasing the number of good distributors in our cinema which confidently we can say there are almost less than few people, however this new generation again has come over this problem by the help of infinite platforms provided by internet, and directors of this generation have distributed their films to all over the world like Vietnam while some technical websites such as “vimeo.com” or “filmfreeway.com” or Cannes Film Festival’s official website are filtered by our government.

When we review these directors resumes we clearly see how successfully they are doing their jobs in Iran and all over the world through these problematic situations. Farhadi’s sequence of successful activities through Oscar, Cannes, Berlin film festival, Golden Globe and … have inspired them to believe that they can pass this problematic path confidently, for example debut of Aida Panahandeh with “Nahid” in Cannes or Hamed Rajabi with his first feature movie “A Minor Leap Down” in Berlin film festival, Mohammad Shirvani with “ Fat Shaker” in credible Sundance film festival and Rotterdam film festival, Majid Barzegar with “Parviz” with the starring of Levon Haftvan(RIP) in Saint Sebastien film festival, Reza Dormishian with “I am not angry” in Chinghai film festival, Shahram Mokri with his second film “Fish and Cat” which starred in the new horizon section of Venice film festival and … .

As we all see, today the new generation of Iran’s directors have entered different international festivals and their signature characteristic is their different tone and speech in a way that each of them have their own personal style of cinema. I have no doubt that very early in recent future, Iranian producers  will be forced to invest in the cinema of these bright and dynamic directors, because these brave directors will never make any recommended or inelegant types of movies. In the age of communication they have learned how to think universally and how to express their thoughts in the best way to cooperate with the world of cinema, which can be ended by coproduced movies.

Today young and old film festivals around the world are thinking about showing some Iraninan films in different sections to satisfy their audiences demands, to make the festival more attractive and also to improve their credits. Undoubtedly this is because of New Wave’s directors and their attempts and also new and creative generation of directors in Iran’s cinema.

We are the future of Iran’s Cinema. We have learned how to create Opportunities through all limitations. We are uncontrollable and  YES! We can!